RFID on PLUS freeways – how does it work? What if he can’t read? Insufficient funds to exit? What is ANPR?

PLUS Malaysia (PLUS) recently announced that the main stretch of North-South Highway (NSE) from Juru, Penang to Skudai, Johor will support RFID (Radio Frequency Identification) toll payments from January 15, 2022.

This is part of the highway concessionaire’s plan to introduce RFID toll payments on all of its highways by early 2022 and is in line with the Ministry of Public Works plan to have an intelligent transportation system (ITS). The widespread implementation of RFID is the stepping stone to a Single Lane Free Flow Toll System (SLFF) and eventually a Multi Lane Free Flow Toll System (MLFF).

The rollout of RFID will cause the Touch ‘n Go card and SmartTAG toll to be phased out, with the government aiming to end both by the end of 2023. Thus, motorists will eventually have to switch to RFID, which undoubtedly raised many questions.

In an attempt to address the potential concerns of motorists during this transition, PLUS recently hosted a media roundtable to provide better insight into its RFID program as well as other initiatives that will be implemented in the future.

How will RFID work on PLUS highways?

The RFID toll payment system is not new to our highways, as you have likely seen dedicated lanes for the system at toll plazas on highways such as the New Pantai Expressway (NPE) and Guthrie Corridor Expressway (GCE) .

These highways have an open toll system, which charges fixed toll rates based on vehicle class, but the NSE has a closed toll system where motorists are charged based on the distance traveled between their check-in points. and exit – RFID implementation on a closed circuit the toll system is new.

The mechanics of the two toll systems are quite simple. In an open toll system, when you take the dedicated RFID lane, a reader retrieves the information from the vehicle’s RFID tag and the toll charge is deducted from your linked TnG eWallet. 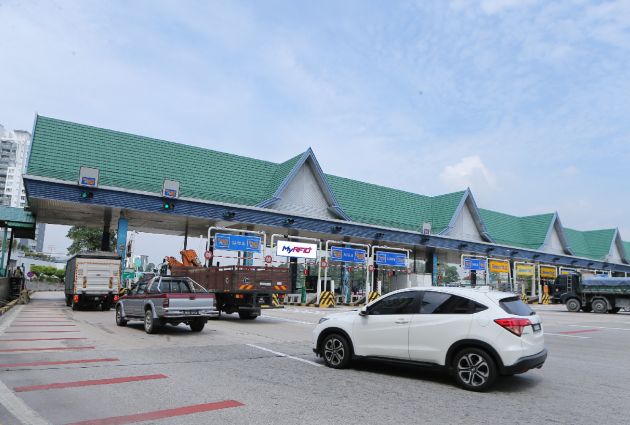 As with a closed toll system, the reader will register the entry point of your vehicle and at the exit of another toll station, the toll charges according to the distance traveled will be deducted from your TnG eWallet. This is the same method if you are using a TnG card or a SmartTAG, but the difference is that you don’t need to press your TnG card on a reader or make sure your SmartTAG has enough battery – the RFID tag does not require an external power source to operate.

With the RFID system, PLUS indicates that up to 1,200 transactions can be processed per hour, which is 20% more than SmartTAG. Regarding availability, on the Juru-Skudai section, 159 RFID lanes spread over 73 toll plazas will be ready and operational on January 15, 2022. These will be added to the 20 existing RFID lanes currently active at nine toll plazas. on other operated highways. by PLUS.

Despite the rapid rollout (delayed due to different MCOs), TnG and SmartTAG lanes will continue to be available at toll stations during the RFID transition period. PLUS said it will work with TnG and other parties to promote RFID adoption through various marketing campaigns and promotions to achieve the target adoption rate of 60% by the end of 2022. .

Heard that the RFID system works with something called ANPR. What is that? 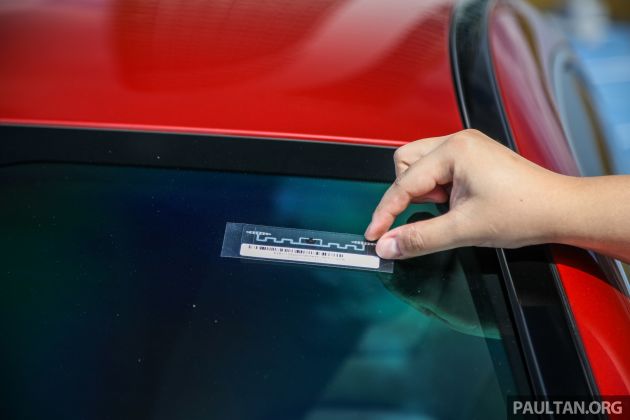 While RFID is the primary method for validating entry and exit points to calculate toll charges, there are two other methods for dealing with special scenarios. The first is an Automated License Plate Recognition (ANPR) system, which uses a camera to take a photo of incoming vehicles, uniquely identifying each based on its license plate.

Such a system is already in use in some car parks like at Sunway Pyramid, which has adopted a cashless payment system that determines the parking fees you will have to pay based on recorded entry and exit times.

PLUS indicates that all its toll lanes will be equipped with the ANPR system, whether they are those dedicated to RFID, TnG or SmartTAG as an alternative means of recording the entry and exit points of a vehicle. He adds that to train the ANPR system to effectively identify license plates, several sample images are fed to the system’s deep learning “brain” to continually improve its capabilities.

However, not all vehicles have license plates that are in good condition (i.e. damaged), clean and / or not up to regulatory standards (i.e. fancy plates), which may affect the ability of the ANPR system to identify license plates. For this reason, PLUS has a third fallback solution in the form of a dedicated validation center where backend staff resolve any potential identification issues and ensure that you are billed accordingly. 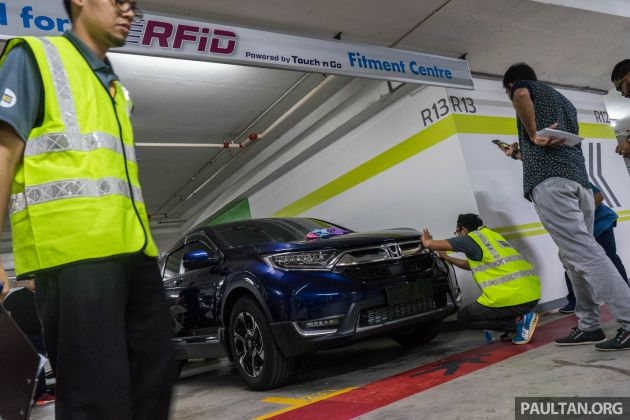 What happens if I do not have enough funds in my TnG e-wallet at the exit toll?

In the event that your TnG eWallet balance is insufficient at your exit toll station, all you need to do is top up via the TnG eWallet app on your phone and you will be on your way. If you prefer not to have to face such a situation, consider activating the automatic reloading function which will automatically reload your eWallet TnG when it reaches a certain threshold.

What if the RFID tag fails to read at the exit toll station?

If there is a situation where an RFID tag cannot be read at a toll station due to a problem with the overhead reader, power failure, or network failure, each toll station will have customer service staff equipped with portable RFID readers to read your vehicle’s RFID tag manually and the system will determine which toll charges to charge. 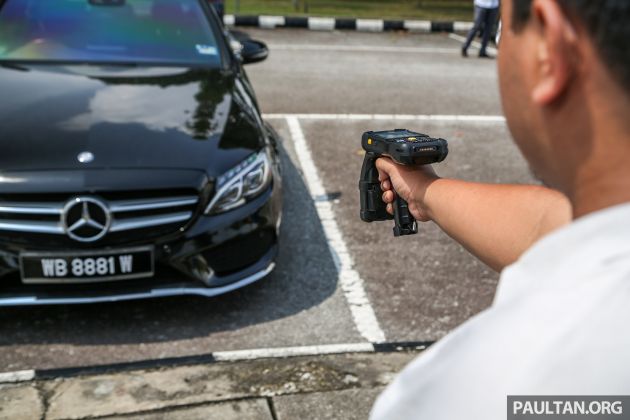 What happens if I enter with TnG or SmartTAG and exit with RFID, and vice versa?

In such a scenario, the photo of your vehicle taken by the ANPR system will be used to validate your entry and exit points, after which the system will determine your toll charges. This process is done transparently, but if problems persist, the validation center will be called upon to resolve them.

Also note that if you were to enter the NSE using your TnG or SmartTAG card and exit using RFID, the system will not deduct your TnG card balance. Indeed, when the ANPR system has determined the entry and exit points and the toll charges have been deducted from the TnG electronic wallet, the transaction for this journey is considered to be completed, therefore the use of the card. TnG at another entry point creates a new route. transaction.

Simply put, the exit point is where much of the work takes place to determine the amount of the toll, with RFID taking priority in terms of validation, followed by your license plate and if there is. still a problem, the validation center comes into play.

Will I still be able to earn PLUS MILES for using RFID to pay the toll?

Are there plans to support PayDirect for TnG or SmartTAG lanes on PLUS highways?

PLUS is actively working with TnG to offer other payment methods like PayDirect, as well as credit card support to allow direct payments without the need to top up, although there is no timeline mentioned. on when they will be available. For now, these are only manual or automatic top ups of your TnG eWallet balance.

What about other motorists who tailgate /is lying/Cuckoo me to avoid paying the toll?

Toll evasion is nothing new, even with existing TnG and SmartTAG toll payment options, and PLUS has said in the past that it will take legal action against those who do. With the ANPR system and other surveillance systems in place, fraudsters are unlikely to be able to escape penalties.