How the FIA’s F1 porpoising crackdown will really work

Following a particularly brutal race in Baku for a number of drivers – with Lewis Hamilton’s back pain underlining the beatings some are currently facing – the FIA’s intervention to try to eradicate the problem added a new dimension to the debate.

In a technical directive sent to teams on Thursday by the FIA’s single-seater technical director, Nikolas Tombazis, the governing body explained how it plans to address the issue in an attempt to help drivers.

And although the F1 TDs are never officially released, here’s how the FIA ​​explained its plan to the teams for the immediate, short and long term future.

One of the main challenges teams have faced in curing porpoising has been trying to maintain a stable aero platform as downforce levels increase on the straights.

Things have been complicated by some teams suffering from the edges of the ground flexing as speed increases, leading to increased downforce levels.

In theory, that sounds good, but the reality is that increasing downforce speeds up the extent to which the car is pushed down the track, therefore worsening porpoising.

It was this issue that prompted the pre-season decision to allow teams to run a unique ground stay to help reinforce edges and limit flex.

From the Canadian Grand Prix, the FIA ​​will allow two additional measures to help teams make their floors stronger. They will be entitled to an additional stay mounted further forward from the one already adopted – which Mercedes has already introduced. 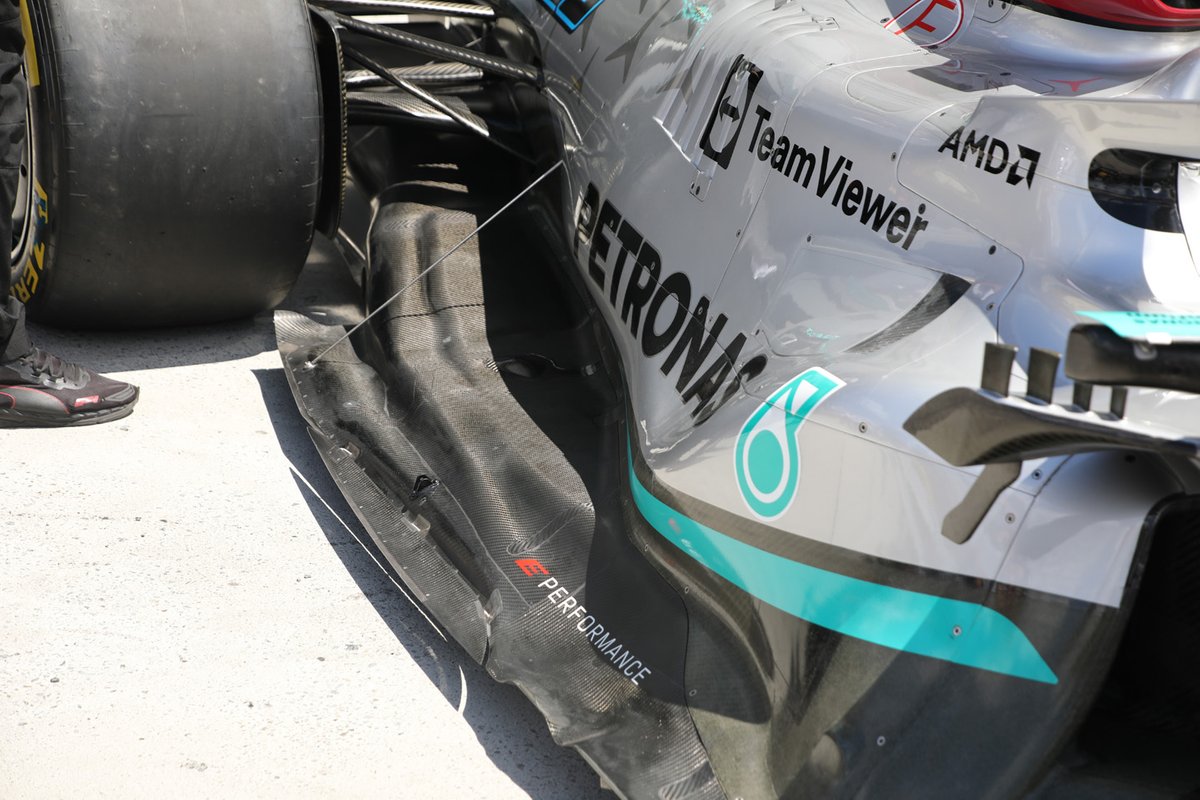 Detail of the floor of the Mercedes W13

Additionally, teams will be entitled to extra thickness on the top surface of the floor – even if this violates local curvature regulations or exceeds volumes defined in the regulations.

If these changes provide a tangible benefit in helping to combat porpoising, then the FIA ​​will propose a formal rule change which can be voted on by teams for approval by the World Motor Sport Council.

One of the things the FIA ​​wants to collect from the Canadian Grand Prix is ​​whether a car can be determined to exhibit “excessive vertical accelerations” when bouncing.

This will first be analyzed both through a closer inspection of the wear patterns of the boards and pads on the cars – as well as how some teams are reducing wear on their pads.

The FIA ​​is also hoping to put together what has been called an Aerodynamic Oscillation Measurement (AOM) – which will help it determine if cars are porpoising too much.

This will be achieved through analysis of a sensor already fitted to the cars near its center of gravity to help measure vertical acceleration in the hope that an AOM figure can be agreed to set a maximum limit.

If this can be achieved in future races, teams will be asked to calculate their own AOM over three consecutive laps in the last free practice session on Saturday morning without using DRS (all laps not run at racing or following other cars will be scrapped). 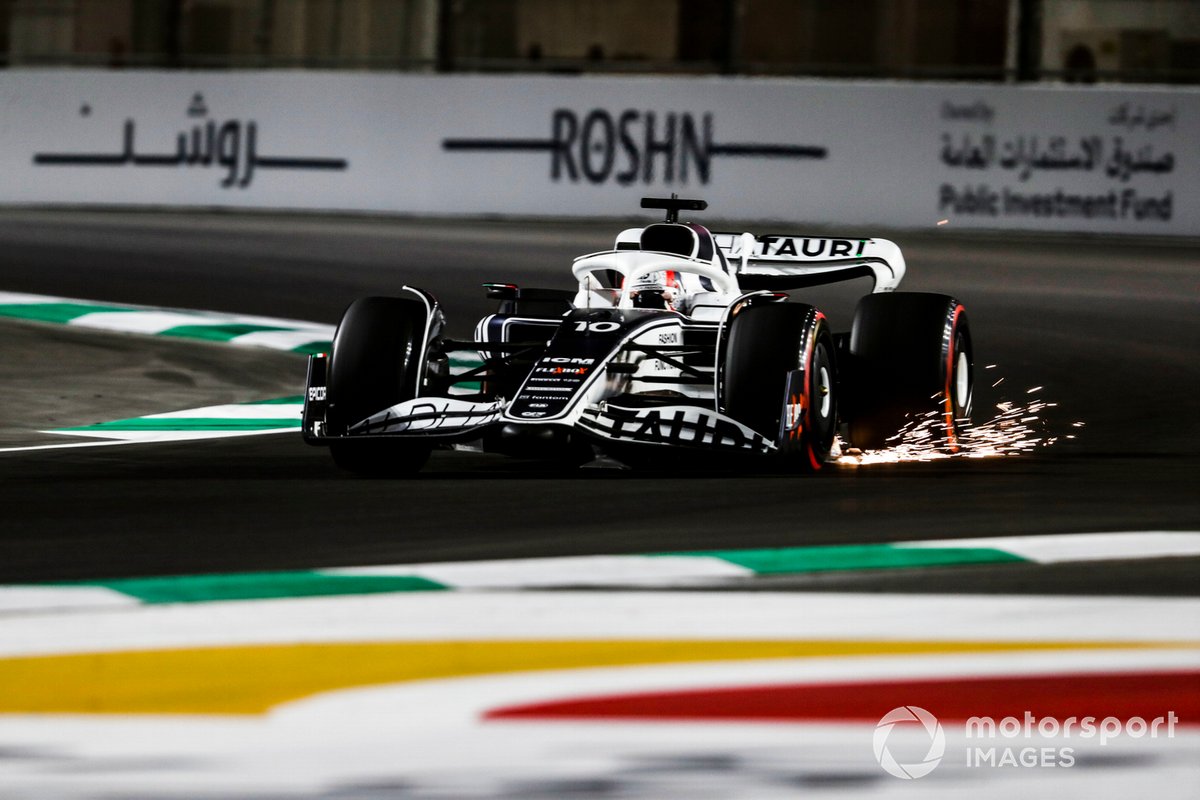 With that number in play, teams will have to stick to their values ​​for ride height, vertical stiffness and aero configuration for the rest of the weekend.

The only exceptions to this will be raising the car, if the weather changes, adjustments for cooling, changes in tire pressure or adjusting the angle of the front wing flaps.

If a team cannot provide a setup that meets the AOM figure, they will be asked to produce a setup sheet with the lowest possible AOM and increase the static ride height by 10mm.

The penalty for non-compliance with the AOM number is clear. The FIA ​​has warned teams that if cars bounce too much and go beyond the set limits, they risk disqualification from an event.

This would be done up to Article 1.3 of the 2022 F1 Technical Regulations which concerns “dangerous construction”. The rule states: “The Stewards may exclude a vehicle whose construction is deemed unsafe.”

If the teams agree on the procedures for determining an AOM figure, which many in the paddock are skeptical about, then the FIA ​​could try to provide a metric for when the car is rolling on the track. 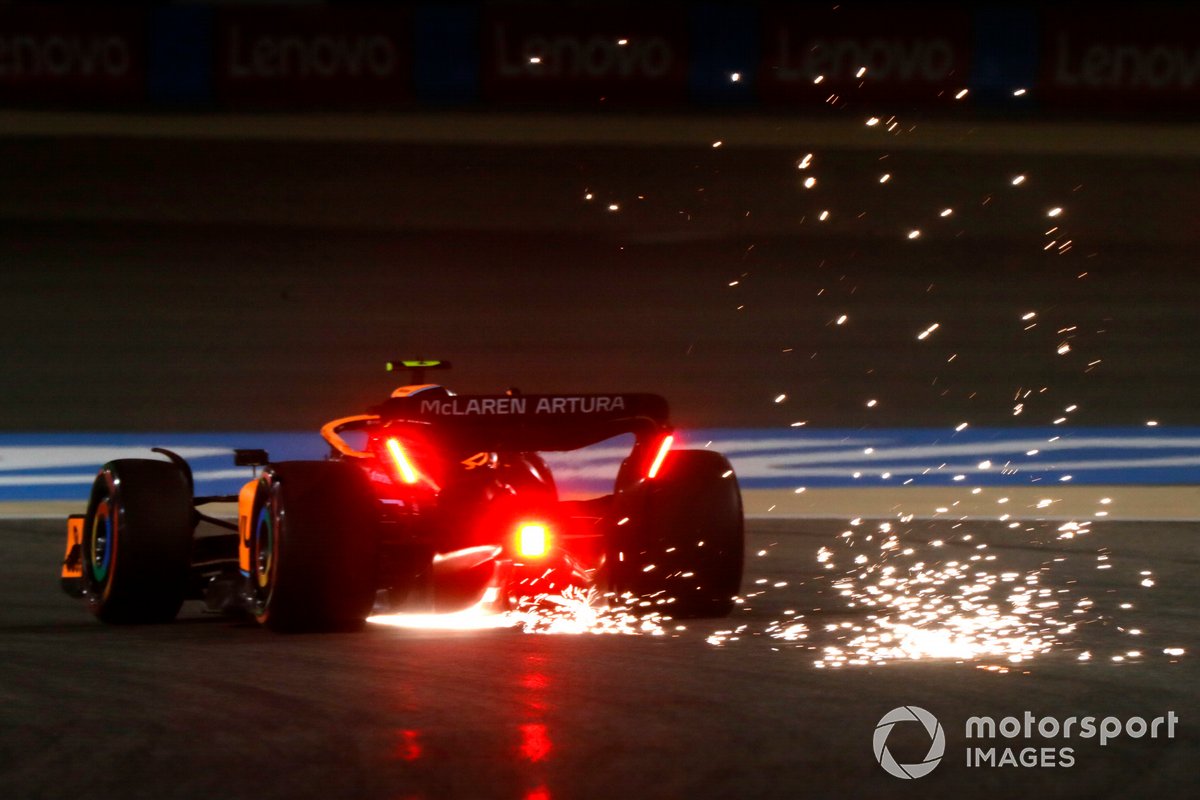 Sparks fly from the back of Lando Norris, McLaren MCL36

Whether sorting the AOM is successful or proves unworkable, the FIA ​​is determined to produce better rules for 2023 and beyond that will eradicate the problem of porpoising.

He wants teams to support this CFD push by testing potential car modifications that could help reduce the propensity of the current generation of cars to bounce.

As options that could be considered, Tombazis wrote, “Geometries that will be investigated could include raising the floor edges, reducing the floor platform, eliminating the leading edge fender, etc. We are also open to the possibility of allowing additional stiffening of the floor, via an additional stay, if this proves beneficial.

Exchanges are planned with the teams during an upcoming meeting with the technical directors with a view to initiating the development process to come for next year.

Steve Evans wants Stevenage to work as hard as Barcelona

What is a BMS and how do battery management systems work?

Clark Capital recognized as one of the best places to work