A message posted on February 11 on the Twitter account from Forest fire crew in El Paso County, Colorado, said 18 volunteer fire crew members had “resigned en masse.” A follow-up tweet read: “They said the environment had become hostile to the volunteers and they felt they were no longer needed or wanted.” El Paso County is the location of Colorado Springs. 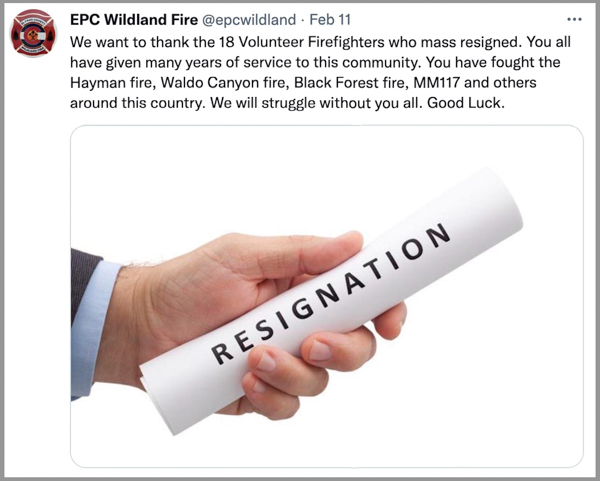 The El Paso County Fire Team is part of the County Sheriff’s Office which is headed by Sheriff Bill Elder. In Colorado and Wyoming, the the sheriff is responsible for the suppression of wildfires occurring in unincorporated areas of the county outside the boundaries of a fire protection district. In Texas, this role is assigned to the county judge.

In 2014, on a motorcycle trip to Northern California, I took a photo of an El Paso County Motor Crew riding in Chester.

After working full time in wildfires for 33 years, he continues to learn and strives to be a student of fire. See all articles by Bill Gabbert